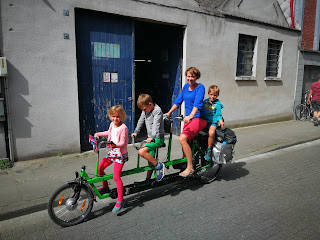 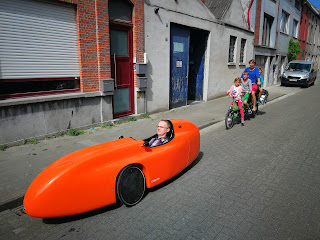 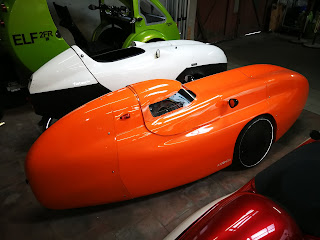 A WAW with (a) little history:

After a number of meetings at Spezi, the owner drove home, 170 km... then fell seriously ill. He always kept it in a rental garage hoping to get better and ride his dream machine again but alas... it only got worse and now he trusts us to find a new, and luckier, owner.
... The illness was unrelated to the WAW... 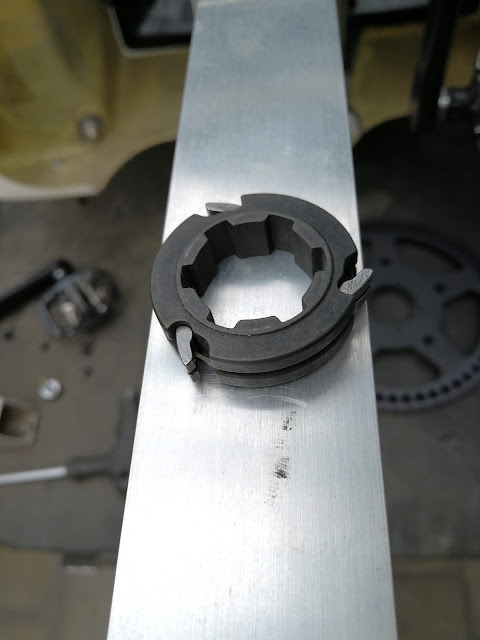 The Bafang motor our velomobile motor with PAS sensor is based on, is a charming motor but the later generation has one weak point: The freewheel separating the Human Powered transmission from the Electric, is a traditional ratchet / pawl system. Unlike the velomobile motor we developed for the first hybrid velomobiles, as well as the new torque-sensor motor, both of which have unidirectional bearings, it's possible to break such a freewheel with the right amount of wrong pedalling. Not that anything is wrong with a freewheel as such. It just suffers more abuse in a crankset than in a rear wheel.

Powerful and/or unsubtle riders can break the (brittle) hardened steel pawls if they tend to kick on the pedals rather than gradually ramping up the power - not allowing the pawls to engage well before exerting maximum power.
Joint damage is somebody elses problem later on :-) but regarding the freewheels we have had - give or take - 15, or about 10% of the eWAWs we built with Bafangs, come in with broken pawls. Fortunately it only happens once after a litte education.
Since the introduction of our new velomobile motor the problem has all but gone as we tend to prescribe our new motor with clutch bearing to stronger / less experienced cyclists. We haven''t had it on other machines either, simply because the eWAWs are ridden much harder than any other velomobile or trike.

We can quickly exchange the freewheels and usually do that for free (once!), but for our distant customers and many other Bafang motor owners I thought it would be useful to write up a little manual on how to replace the freewheel but also to better understand how to treat this fine little motor.

Yet another eWAW, and some lesser known WAW options.

A good opportunity to showcase some lesser known options:

1) the large gps-mount, folding away behind the dashboard for discretion and easy entry and exit. Room for all kinds of gadgets: smartphone, gps, heart rate and cadence, battery and e-assist monitoring, make-up mirror, tablet... 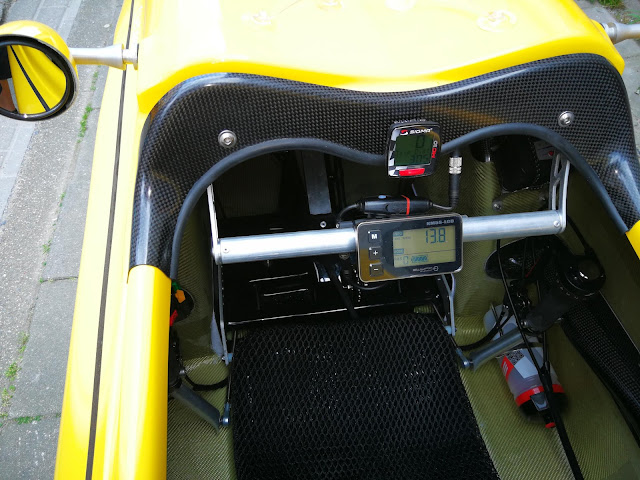 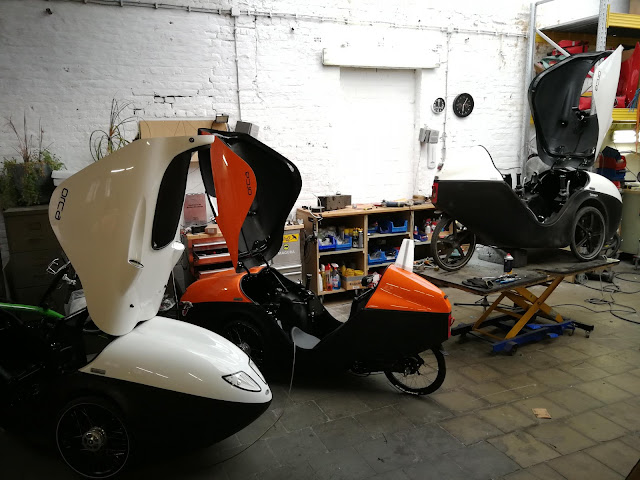 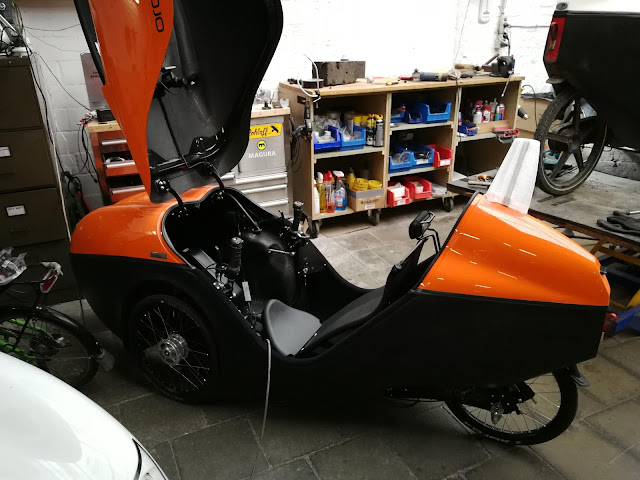